An issue that comes up regularly among those interested in devoting more time and attention to spiritual development is, “Where do I start?”

There is a staggering amount of information out there and a plethora of techniques to choose from.

People often dabble in different philosophical schools and attempt a spectrum of practices with varying degrees of success. Many of the teachings are seemingly contradictory and it can be difficult to know if you are doing it “right”.

All paths lead to Rome and all of the (legitimate) teachings and techniques can be successful when properly applied. However, if you haven’t yet found what works for you or want to enhance your current practice, start by laying a steady foundation through moral living.

Spirituality is not something to be practiced only during meditation, contemplation, or study.

Zen monks consider their everyday, practical work an extension of meditation.  It is about cultivating a lifestyle in which one embraces ethical values and applies them to daily life.

Meditating for hours that morning only to engage in vicious gossip the same afternoon obviously poses a problem.

Therefore, a moral code of conduct is standard in religious systems and is required as a part of spiritual expansion.

These codes are quite common sense and teach basics like being kind, honest, and compassionate.

Hopefully, we were exposed to many of these values as small children.  The Ten Commandments are one example and the Buddhist Eightfold Path is another.

Some schools require students to practice these values prior to any formal instruction or initiation.  This serves two purposes: it weeds out those who are serious about their studies and safely lays the groundwork for the work still to be done.

Meditation and other spiritual practices are forms of purification in which old, unhelpful habits are unearthed and disposed of as new, healthy ones are added.  Practicing correct living before getting involved in more advanced methods makes you steady; jumping into intense practice without proper preparation will make your issues surface in a way that is usually difficult to tolerate and handle.

One such code of moral living is referred to as yama and niyama in classical yogic teachings.  Yama instructs us on what we need to refrain from in the outer world while niyama describes the qualities we need to develop internally.

The five yama are: non-violence, truthfulness, non-stealing, celibacy (living in moderation and non-excess for non-monastics), and non-possessiveness/envy/ jealousy/greed.

The niyama are purity, contentment, self-discipline, inner exploration and study of the Self, and surrender to divine will.

These are really quite sensible and don’t seem like they are asking for anything too demanding.  But don’t underestimate the power of these simple guidelines.  When embraced, the transformation is astounding.

Let’s focus on the yama first.

Maybe a gentle person who is very kind to others considers himself to be nonviolent.  He has also chosen a vegan lifestyle out of a sense of reverence for life.  Yet this same man is extremely self-critical.  He routinely beats himself up for past mistakes.  Is he truly embracing non-violence?

Other people would describe themselves as honest, but will admit to “white lies”, claiming there is no harm in this.  Again, according to these practices, complimenting a neighbor’s unattractive outfit is still dishonesty.

The niyama are subtler and less tangible.  They require a shift in attention from the external to the internal.  It is about cultivating the proper attitudes of how to best approach life and what kind of commitment this road will require.

Most of us look at the yama and niyama and know where our strengths and weaknesses lie.

Sometimes we will be surprised when we take a hard look at ourselves and see what we find.  This can be painful.  Spiritual study is not for the faint of heart.  Some of these concepts will come more easily than others, but where we currently are is unimportant.

Evolution of consciousness is an ongoing process and it is best to accept where you are.

There is a wonderful Hindu morality tale to close this discussion.

Once there was a priest and a prostitute who lived next door to one another.  The priest lived his life according to his profession and carried out his priestly duties.  He did everything as he should, but was often troubled by his neighbor.  Living next door to such an unclean woman!  All of these men in and out of her home!  How could this be!  In the meantime, the prostitute felt honored to live next to such a godly man.  She was grateful to be in such close proximity to a spiritual person and spent her days serving her customers with an open heart.

So at the end of their lives, who had lived a purer existence?  It wasn’t the priest- it was the prostitute!  Apparently, she had mastered the basics.

The most important element on the spiritual path is pure intention and openness.  No matter which one you choose, moral codes are here to help you develop and serve as guideposts along the way. 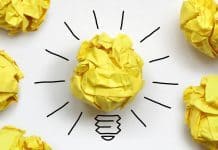 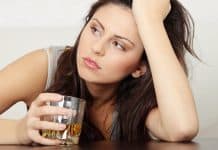 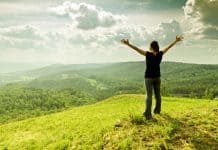 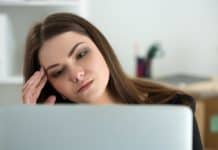 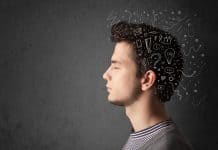 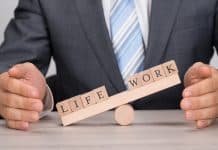